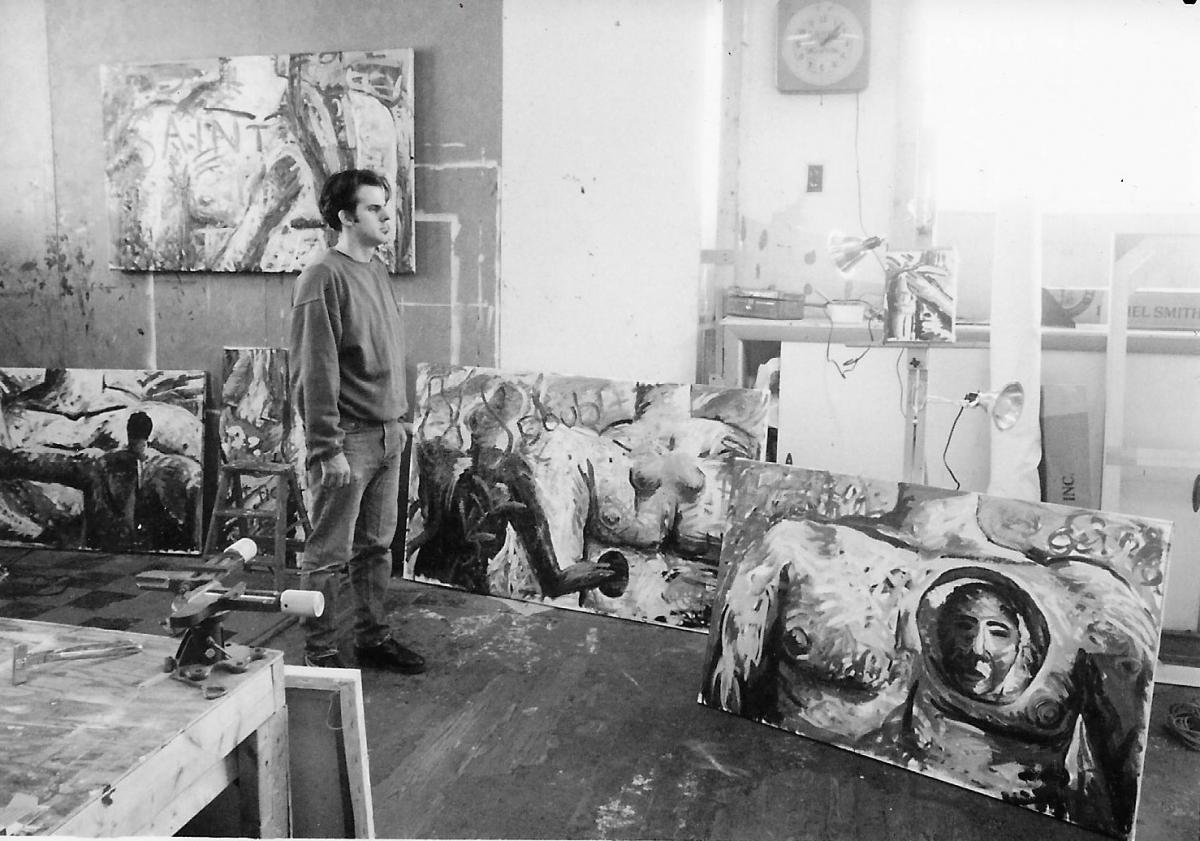 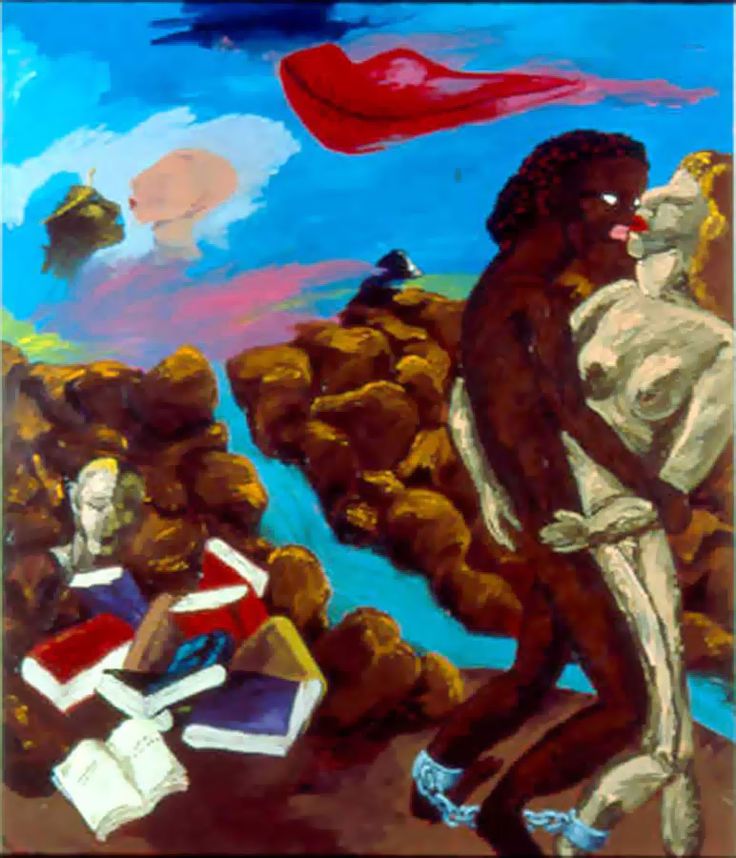 was born in Syracuse, New York where I earned a Bachelors degree from Syracuse University in Studio Art. I then attended the University of Arizona where I studied with Robert Colescott while getting a Masters Degree in Fine Art. In 1988 I moved to Baltimore where urban gentrification gradually nudged me eastward from Fells Point to Highlandtown where I live in a former Moose Lodge with my wife Elizabeth and our two sons .

I'm one of the founders of Creative Alliance, a nonprofit that organizes and promotes cultural activities. By the time I moved to Highlandtown we had outgrown our original space above a cafe, so we moved many of our performances to our building (The Lodge) which had been a hall for the Loyal Order of Moose. This attracted the attention of a group of community leaders working to revive the neighborhood. At a meeting in December 1997 I proposed developing a large facility modeled on the Torpedo factory in Virginia. After many years and much effort the Patterson Theater was renovated and opened as the Creative Alliance at the Patterson. During this time Highlandtown was designated as an Arts and Entertainment District. The Creative Alliance now employs 17 full time staff, hosts eight artist recidencies, and produces numerous musical performances, theater, and art exhibitions along with education programs for children and adults.

I left the Creative Alliance in 1999 and continued to contribute to the community creating highly visible events for the Highlandtown Community Association including the Highlandtown Wine Festival and the Highlandtown Basement Bar Tour. I served on the Enoch Pratt Anchor Library Steering Committee, and participated as a member of the Patterson Park CDC Board of Directors. I continue to serve as committee chair for the Highlandtown’s Arts and Entertainment District.

My artistic endeavors span both music and visual art. I've served on and off as Music Director at Our Lady of Pompei Church and I create paintings, drawings, prints, and art books; mostly in collaboration with local writers. My paintings and drawings investigate imaginative imagery. Through the expressive use of paint, charcoal, and other mediums I present a complex mosaic of images. Urgency, immediacy, and sensuality are important elements I use to render mysterious narratives. In 1995 I bound a book in leather presented to Pope John Paul II during his visit by Catholic Relief Services. My wife Elizabeth and I run a gallery in out building exhibiting contemporary art.

I've taught college courses and lecture on art. At the Maryland Institute, College of Art I served as Special Projects Coordinator where I managed traveling arrangements for

Eyewinkers, Tumbleturds and Candlebugs: The Art of Elizabeth Scott. I've writen about art and culture and I've been published in the New Art Examiner, The Urbanite and other periodicals.

In 1986 I created the first web-based state arts council database of artists for the Maryland State Arts Council. My experience in technology includes two successful startups. First as a partner for an IT services company that from '03 - '07 grew 100% annually to over $2.5 million in revenue. I'm currently a partner at Snake Hill Web Agency where we create sophisticated websites with an open source platform called Drupal.

The Baltimore Sun described me as a “renaissance man.” That was a smile.